For some time now I have been wanting to try out 17 inch wheels on Ol’ blue. My main motivation was the lack of ride compliance I have been experiencing on 18s. The San Francisco bay area roads are not that great, which really does make me wonder where my tax dollars are going? But that’s not what this thread is about.

After much research and debate, I decided to pull the trigger and ordered new wheels! But before going any further, I would like acknowledge a vwvortex thread that helped me with the decision making process:

Unfortunately, most of the pictures in that thread are dead because of Photobucket’s lack of business ethics and extortion strategies, but there is still useful data to be found.

I had read feedback from folks who had already tried to install the Enkei RPF1 (17×8 ET35) and there were some reports of brake caliper clearance issues. This was mainly due to balancing weights. Some fixed it by grinding down the OEM brake calipers to clear the weights. However, that wasn’t something I wanted to do. I placed my order from TireRack.com and made sure to specify that the weights needed to be on the inner lip of the wheel to clear the brake calipers. At this point my fingers were crossed and the anticipation was on.

When I received the wheels I took note that two of them were balanced using a single weight on the inner rim, the other two were as one would expect, on the outer rim.

With the balance weights out of the way of the large front brake calipers, the fitment was just right, almost too close for comfort. We’re talking about 3mms of clearance. Phew!

Since the rear brake calipers are much smaller in comparison, there was no issue clearing them even though the weights on the outer rim of the wheels.

Driving at highway speeds did not yield excessive wobble of the steering wheel. As far as I’m concerned, the balance is within acceptable thresholds with a single weight on the inner rim.

Unfortunately, when the time comes to rotate the tires, those two rear wheels won’t fit over the front brake calipers because of the balance weight placement. I’ll have to go to a shop and have them re-balance those wheels as well, but that’s a bridge I’ll cross when I get to it.

I wasn’t able to find proof of anyone having run 245/45, most had documented 245/40. I really wanted that extra sidewall height, so I decided to take a risk. I should mention that my KW V3’s are set to max recommended operating height (lower than stock). I’m not into the “slammed” look and I find that being too low can kill the practicality of the car enough to where it outweighs the benefits. Additionally, I’ve seen many broken oil pan threads over the years.

Call it luck and I wouldn’t disagree with you… They fit like a glove: 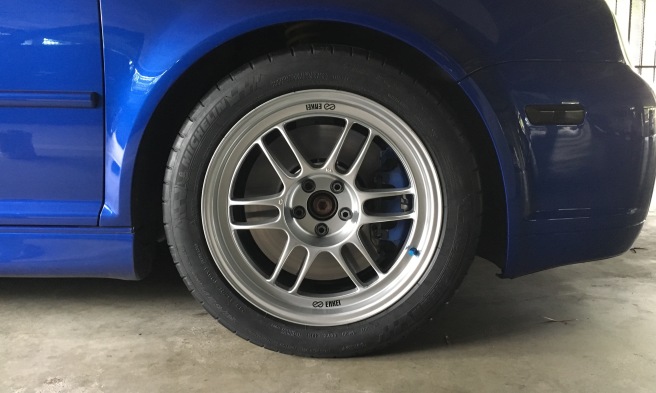 I took her out for the first spin and was really impressed with the improvements. The increased sidewall height resulted in better road compliance and overall comfort in the cabin. The reduction in wheel weight (unsprung and rotational mass) allowed the V3’s to do their job with less effort, they feel more focused and with less distractions.

The first test drive was a great success! 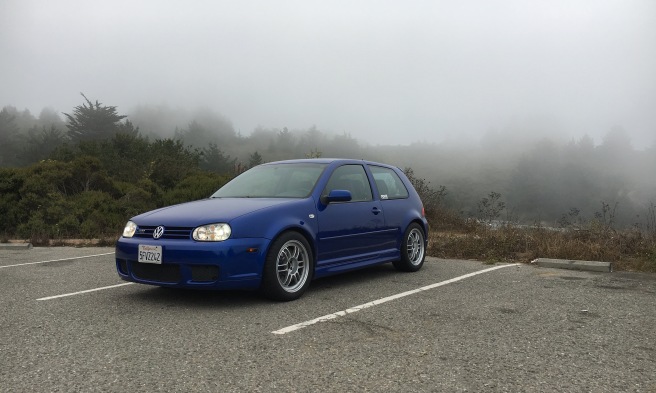 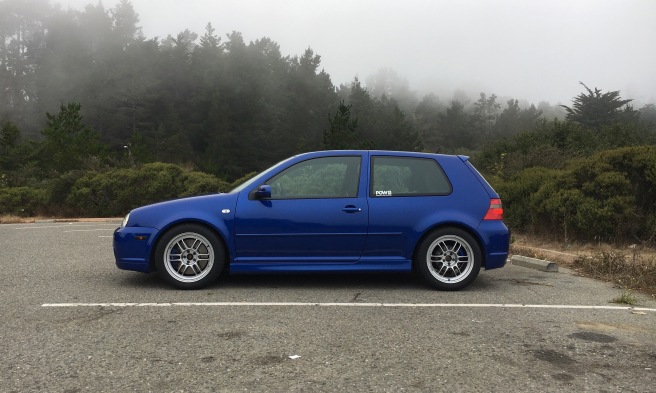 I did get rub once, on the front driver side wheel, but I also have my V3’s setup two clicks away from full soft. This was done previously in an effort to have a more compliant ride while on 18s. Now that I’m on 17s, I’ll stiffen things up a bit on the compression/rebound front and rubbing shall be a thing of the past.

In my opinion, the fronts look just right and the rears could use a spacer (10-12mm). I do realize that a wider rear track can cause more understeer and that’s a characteristic we try to dial out of these cars, so I’m not sure I’ll go there.

Overall, I could not be happier with the outcome! If you have any questions, please post a comment and I’ll respond as soon as time allows.

View all posts by rez32