You may have seen this logo on a lot of Ford vehicles and never really known what it meant. The term “flex fuel” is used to categorize vehicles that can run on Gasoline, E85 ethanol or any combination of the two. Ethanol is a renewable biofuel that is made in America from the starch in corn, it is most commonly known as alcohol.

Ethanol is the fuel of the future – Henry Ford

There is a lot of debate on wether or not E85 is a good alternative fuel choice, but at least its some form of competition against the oil monopoly. Here are some benefits of using E85 ethanol:

Unfortunately wide spread use of ethanol was halted by thirteen years of prohibition. Some believe the prohibition wasn’t really an attempt to reduce the drinking of alcohol but rather to secure future consumption of oil derived fuel, I tend to agree with this sentiment.

The need for alternative renewable fuel became clear in the 70’s when OPEC decided to withhold oil from countries who supported Israel. The United States was sent into a state of shock and chaos: 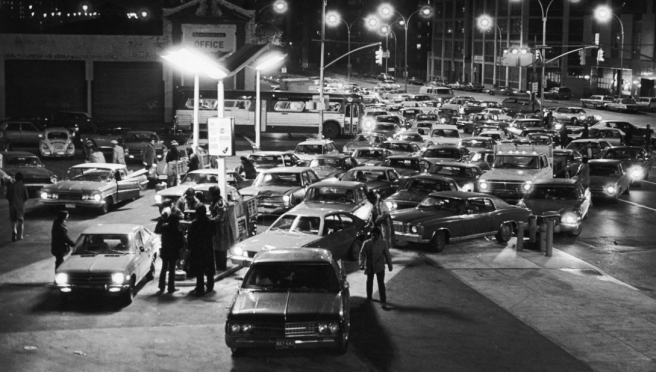 Long story short, fuel as a topic is very complicated and political. It’s not as simple as figuring out which is the cleanest or most sustainable, it’s about who’s pocket books are you dipping into. Anyways, Back to the allroad…

Audi didn’t add special badges, or paint the car a ridiculous color to make it known, they kept the flex fuel capabilities on the down low. You’ll find a small clue when you open the fuel tank lid: 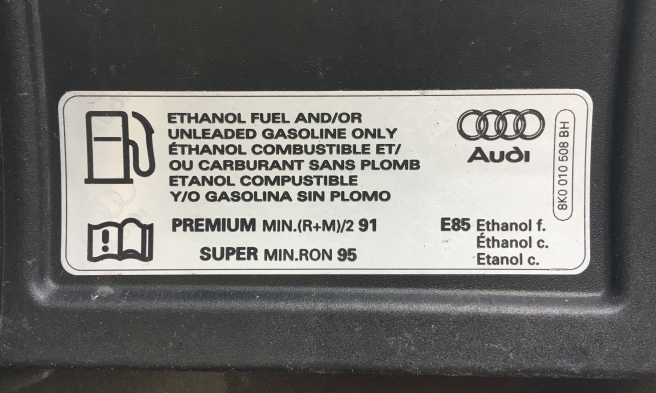 I’m excited to test and try out an alternative, renewable biofuel and more than anything else, to have choice at the pump:

luckily, there is a station with E85 at the pump about 15 minutes from my home, so refueling there regularly isn’t unrealistic. Furthermore, since any mixture of E85 and gasoline will work, it’ll be very easy to switch back and forth between the fuel types.

Find alternative fuel at a station near you: Alternative Fuels Data Center

There is no doubt in my mind that the long term solution lays with solar technology and electric vehicles but until the infrastructure is ready, E85 just might be what we need.

View all posts by rez32